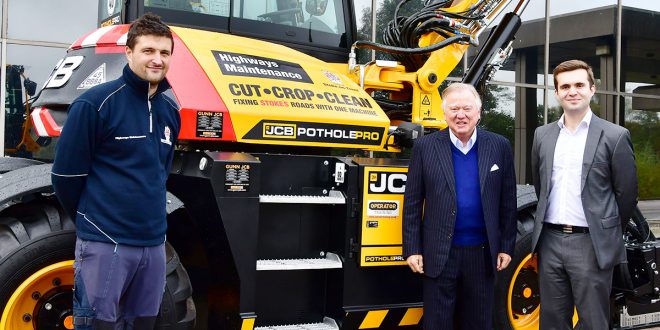 Stoke-on-Trent City Council has become the first authority in the UK to take delivery of one of JCB’s revolutionary PotholePro machines.

The machine, which can repair potholes four times quicker than standard methods, was launched by JCB earlier this year and the council has played a key part in its testing. The council’s machine was handed over to Deputy Leader Councillor Daniel Jellyman at JCB World Headquarters.

Councillor Daniel Jellyman, Cabinet Member for Infrastructure, Regeneration and Heritage, said: “We’re absolutely delighted to have our own JCB PotholePro. We’ve been fortunate to help JCB with the development of the machine over the past year, so we’ve been able to test it out extensively on our roads already and be at the forefront of developing new technologies and ways of working to tackle a problem motorists face up and down the country.

“During that time, we’ve been able to fix 7,000sqm of patches, which is the equivalent of Wembley Stadium’s football pitch. We’ve done that in just 80 days. Using traditional methods this would have taken 758 days, so the work rate and success of this machine speaks for itself.

“It’s also great to be working side-by-side with a fantastic local employer like JCB who have a long association with Stoke-on-Trent and provide employment for many of our residents, some of whom have been involved in developing and building the machine.

Alongside our ongoing £35 million investment into the city’s roads and transport network, the Pothole Pro is allowing us to repair potholes in record time to a very high standard. The machine is a brilliant weapon in our armoury as we make sure our road network is fit-for-purpose and supports residents, businesses and visitors.”

The PotholePro project has been personally led by JCB Chairman Lord Bamford who handed over the keys to machine to the council. He said: “It was great to meet with the council and hear what a positive impact the PotholePro had made on the roads of Stoke-on-Trent.

Our vision for this machine was to fix Britain’s roads quickly and permanently and this is just what the JCB machine is doing right on our doorstep. I’m delighted with the results.”
The JCB PotholePro machine can repair a pothole in less than eight minutes and at half the cost of current solutions. JCB signed the deal for the new PotholePro with Stoke-on-Trent City Council earlier this year. 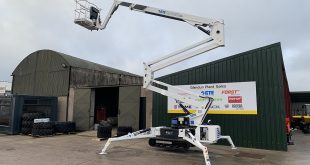 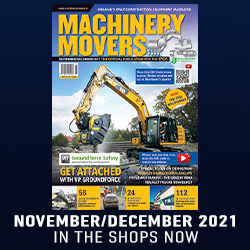