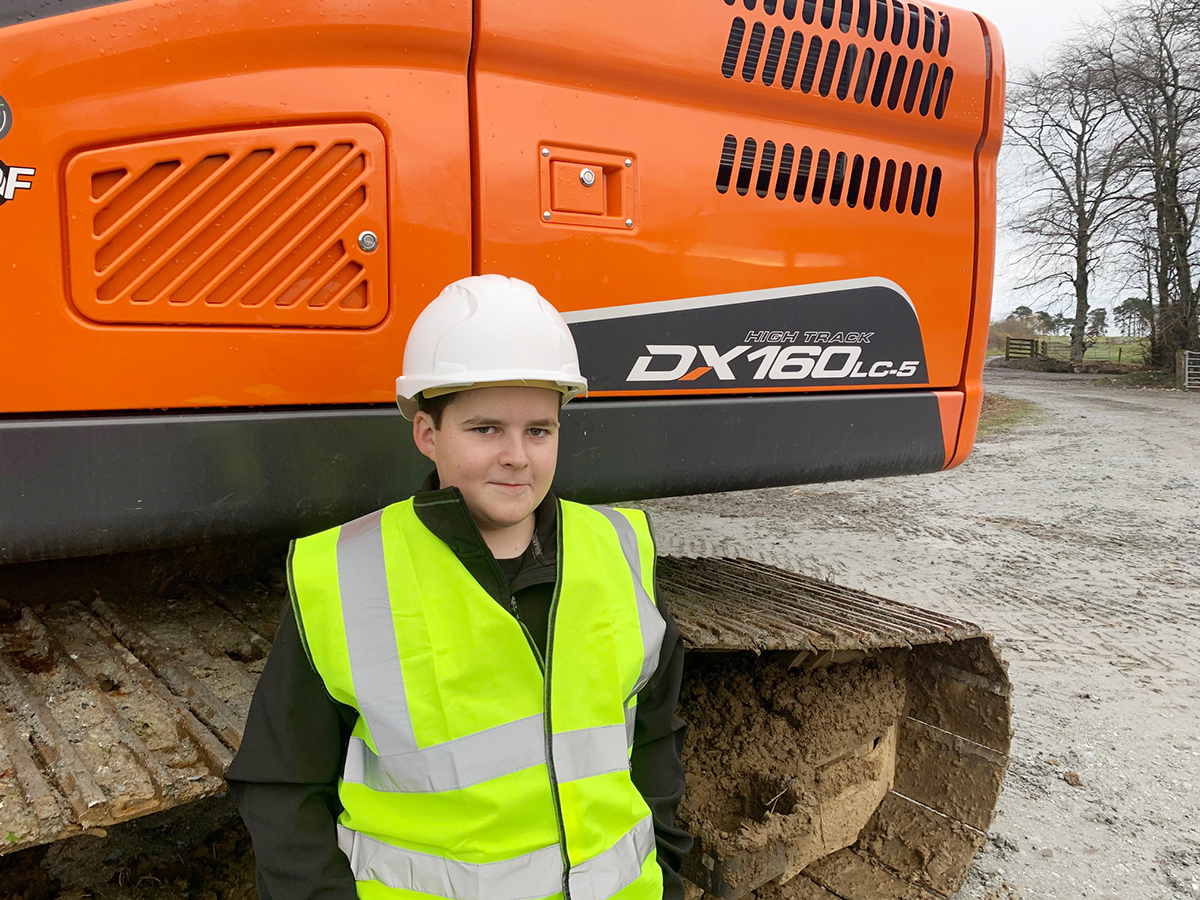 A 13-year-old passionate about diggers and tractors has become the youngest person to gain a Construction Plant Competence Scheme (CPCS) Red Card, making him a trained operator.

Jamie Currie, from Cullen, is now qualified to operate diggers after passing the CITB Health, Safety and Environment test, followed by a theory test, which required Jamie to answer 90 questions from the examiner, and a practical test. For the practical test, Jamie had to name parts of the machine, drive the digger through chicanes, then over rough ground followed by steep ground. He was also required to dig a manhole to specification, which was later checked with a laser level, dig and reinstate a track to specification, load dumpers and then reinstate the work. Finally, Jamie was required to drive the digger back to the yard and perform shutdown procedures and have a debrief with the examiner. 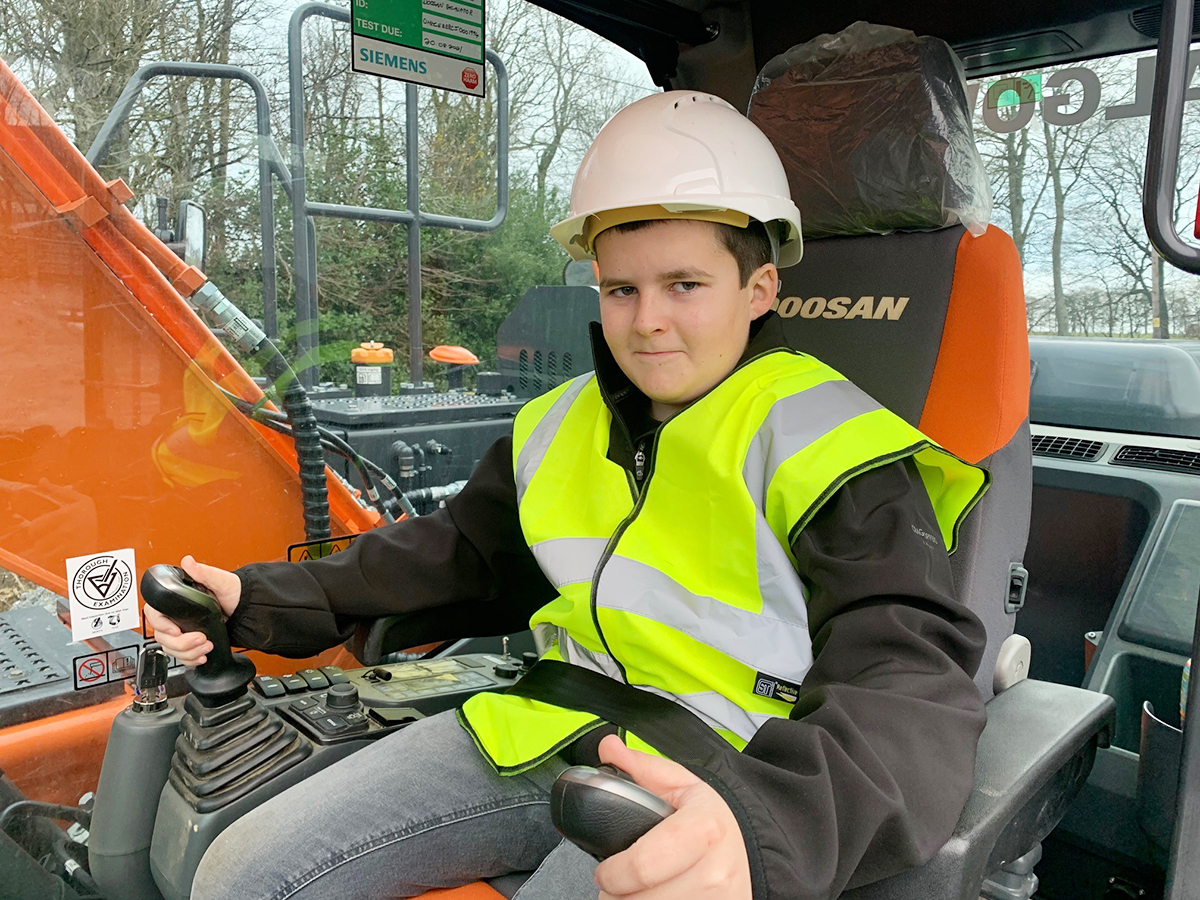 He passed with flying colours, scoring 206 points out of a possible 215 with MG Training at a test centre in the central belt, deliberately chosen because the examiners would have no prior knowledge of Jamie or his father James Currie, director of Currie Contractors Cullen Ltd and NPORS instructor at Heavy Plant Training Ltd.

There is no age requirement for CPCS membership, however some legislation or company policies regarding the use of plant or equipment may specify different age limits for a working environment, resulting in the card holder being prevented from using that plant or equipment. So, although Jamie has passed his CPCS ticket, he will be unable to use his new qualification on commercial sites.

Despite this, Jamie was keen on gaining a qualification for his skills to prove to others, as well as to challenge himself physically and mentally, that he was able to drive a digger as well as an adult could. He therefore booked his test with MG Training.

Jamie said: “I’m really happy and proud to have my CPCS Red Card. I’ve always loved diggers, so I hope this is my first step to a career in the plant industry.

“When I’m 16, I hope to do a NVQ in digger driving and upgrade my Red Card to a Blue Card, before building my own business. And, of course, I want to own my very own digger, specifically a Doosan 18 tonner with Tiltrotator!”

Jamie’s interest in diggers stems from an even younger age, inspired by his dad James.
James picks up the story: “When Jamie was just six we built a new house and for that we bought a 1.5 tonne Hanix to move top soil and lay the drains. Jamie was hooked! He insisted on helping me operate the Hanix. We took a family holiday in County Durham and paid a visit to Diggerland where he had an absolute blast!”

Spotting talent in the young Jamie, his dad decided to encourage this further and even went as far as setting him a series of challenges, this time using a Bobcat for which James bought a series of attachments including a Rototilt R1. Soon a dab hand at these challenges, which included picking up old paint pots by the handle and placing them inside a container, Jamie made an appearance at the Keith Show, demonstrating his tricks. Lots of kids and adults had a shot as well but nobody could match him. 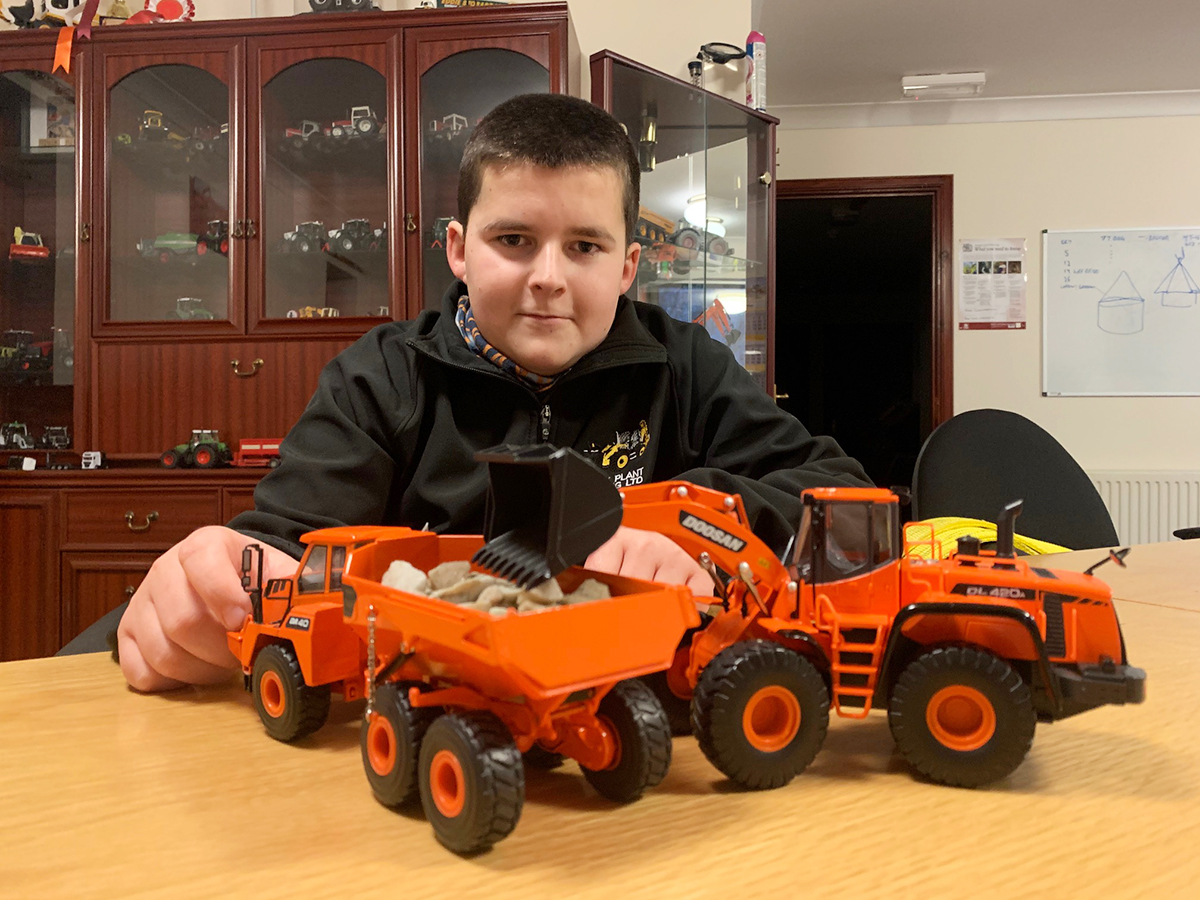 Speaking about Jamie’s achievement, Callum Mackintosh, Vice President of the Scottish Plant Owners Association (SPOA) said: “Congratulations, Jamie! I’ve been lucky enough to see Jamie’s digger driving skills and the talent he shows is comparable to – if not better than – some adult operators. It’s great to know that we have this talent coming into the industry and I’m sure that Jamie has a bright future ahead of him.”

James, a fellow member of the SPOA is understandably bursting with pride: “I’m really proud of Jamie for gaining this qualification at such a young age. After finding out that you can sit the CITB Health, Safety and Environment test after the age of 12, he bought the revision book and downloaded the app and revised at weekends and weekdays after school. He was determined to pass and has also gained a qualification for ‘Emergency at Work First Aid plus Forestry’.

“Despite the fact that I do plant training myself, Jamie was determined to gain the Red Card on his own merit. I’m sure Jamie has a great future ahead of him and, if he wants, he will definitely be getting a job with us as soon as he is 16.”