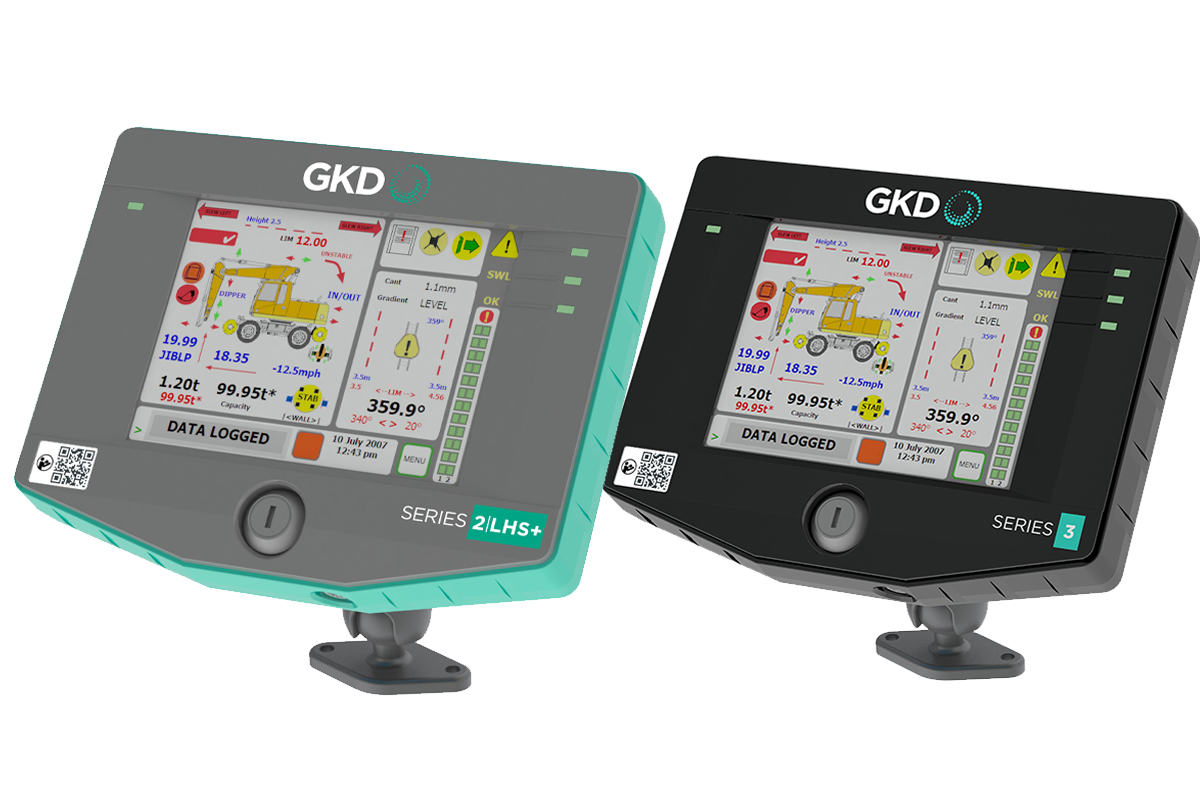 GKD Technologies has announced that it will be exhibiting at the much-anticipated Rail Live exhibition 16 – 17 June 2021, Quinton Rail Technology Centre, Warwickshire, showing the very latest in rail related technology.

The company has recently upgraded its Series 3 rated capacity indicator system to include a multi-point virtual wall feature and the new tandem lift function.

Sean Layton, Senior Technical Engineer at GKD Technologies, explains the enhancements to the Series 3 product range. “From an operator and a user point of view the new Series 3 RCI has a quicker start up time and will operate more smoothly with an increased display update rate. The brand-new features on the system include a multi-point virtual wall system, which we have had on the current civils products for some time but will be the very first time this feature has been included on a rail product.

Until now, the system has had what we call ‘parallel’ virtual walls where you have one set on the left and one on the right – with the latest system you can have up to four independent virtual walls, at any angle or position, for full envelope control.”

Sean continues “The new version of the Series 3 has the new ‘Wireless Tandem Lift system’ inbuilt. We worked closely with our installer and distribution partner, G.O.S Tool & Engineering to develop this system, which will revolutionise tandem lift operations on UK Rail Networks.  The Wireless Tandem Lift is currently available on an exclusive basis through G.O.S. Tool & Engineering for installation on new G.O.S. machines or as an upgrade to G.O.S. machines in the field running a GKD version 9 System. GKD is in parallel going through Network Rail certification for the Wireless Tandem Lift System on a standalone basis and is expected to be approved and ready for UK wide distribution with our other partners in July / August 2021.

The tandem lift operates by plugging a communications device into the display unit of each machine carrying out the ‘lift’ – the operator then activates the tandem button – and the devices then ‘talk to each other’ which enables the machines to show what the other machine is lifting and share their current lift status.”

Sean adds, “The current standards say that when you go into tandem mode you have to derate the machines lift capacity by a third – but with the GKD tandem system you don’t have to reduce the lifting capacity of the machine, which also means that you don’t have to use two machines of the same size – you can use a bigger machine and a smaller machine. This means that the most efficient, cost effective machine for the job can be selected.”

Also on display at Rail Live, installed on an excavator, will be the new Series 2 LHS+ civils system fitted with an ‘Off Rail ALO’ upgrade. Sean explained, “The Series 2 upgrade, once fitted to a piece of plant, will enable a civils machine to operate adjacent to an open rail line (ALO).  The new Series 2 LHS+ system conducts all of the dual verification, as per the Series 3 rail system, to meet ALO and OLE requirements.  Series 2 LHS+also offers full RCI capabilities including height, slew and load control as well as slow down zones and virtual walls capability.

Sean concluded, “Currently, with a civils machine you can’t operate any closer than three-metres of a live railway line with the new GKD system installed on a civils machine you can safely work right on the boundary should you need to.  GKD has also implemented a remote ‘safety switch’ where at a push of a button it will halt all the hydraulics.