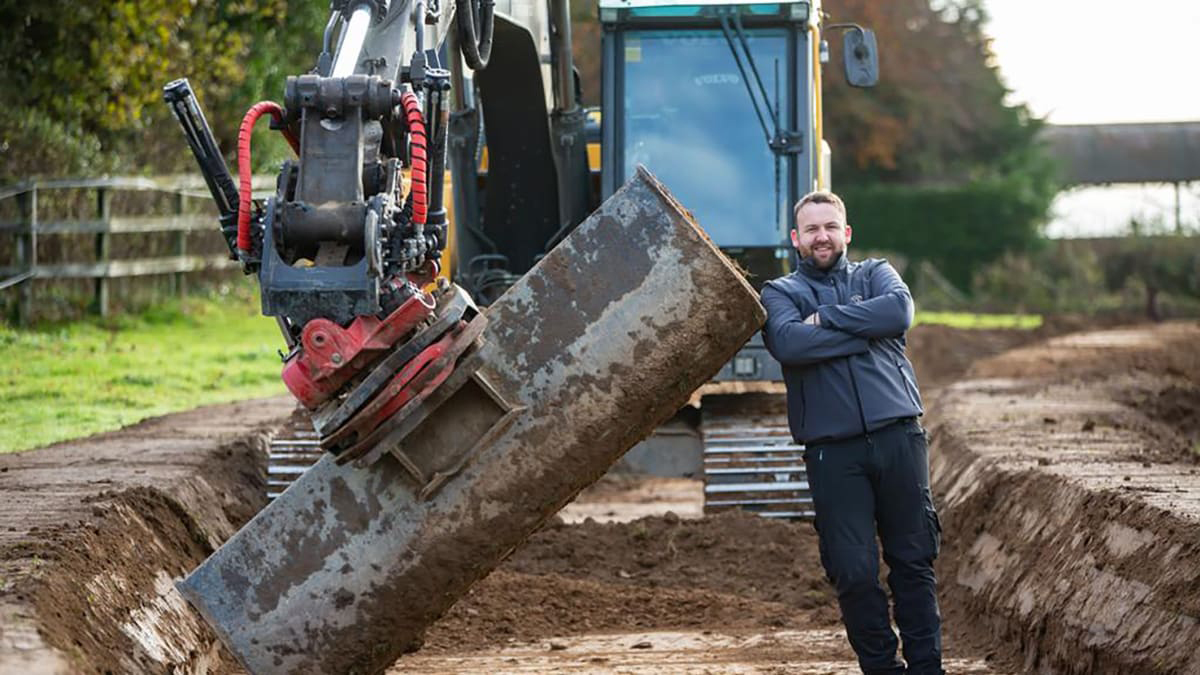 During October and November, 12 machine operators competed for the title of Excavator Hero 2021, which is arranged annually by Rototilt. After a 3-day vote count it’s is confirmed that Irishman, Eoin O’Connor will take home the first prize and additionally will be rewarded with travel, accommodation and entry ticket to Bauma 2022 – the world’s largest construction fair.

The organizer Rototilt allowed 12 selected Rototilt tiltrotator operators from all over the world to compete with their own produced films in the social campaign Excavator Hero, where anyone could vote for their favorite entry. Over 20,000 votes were received and now it is clear that Eoin O’Connor takes home the title of Excavator Hero this year.

Eoin works as a machine operator at John Ormonde Wexford Sand where he mainly constructs equestrian facilities and gallops. The film received a lot of attention where he operates a Volvo EC140el and excavator equipped with Rototilt R5 tiltrotator. Eoin will not just hold the title of Excavator Hero of 2021, but will also be awarded with travel, accommodation and entry ticket to Bauma 2022 for himself and an additional person of his choice.

“It is an awesome feeling to hold the title! The support of the community and in social media was overwhelming, but especially from family and friends”, says Eoin O’Connor, Excavator Hero 2021.

The 12 participants’ self-produced films were published on the website www.excavatorhero.com, where anyone could vote for their favorite. Those with the most votes went on to the semi-finals after a group stage and then the final. Finally, they are crowning a winner who wins travel, accommodation and entry ticket to Bauma 2022 for two people.

During the campaign, Rototilt received more than 20,000 votes.