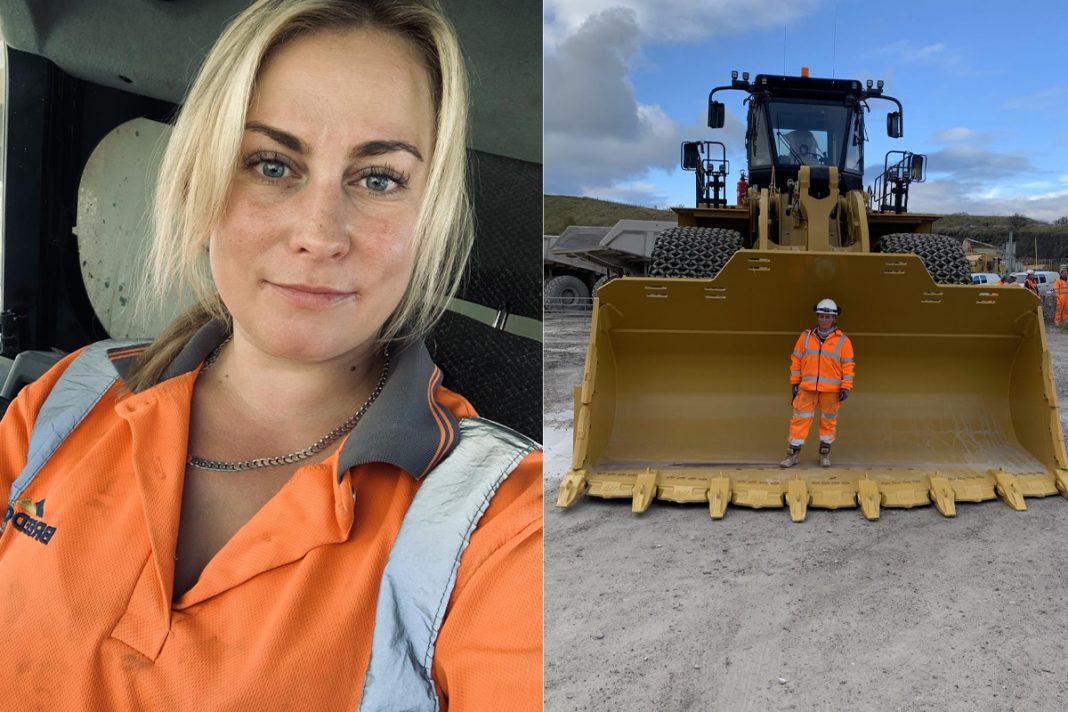 Time is running out if you want to compete to become a global Caterpillar® operating champion.

Finning, the exclusive dealer of Cat machines and equipment in the UK & Ireland, is calling for contenders to step forward now before registrations close on 18th July.

Among those already signed up to compete is 34-year-old Gemma Barber, a Quarry Process Operator based at the Breedon Hope Cement Works quarry in Derbyshire where she has been working for the past three years. Gemma is booked to compete in the UK and Ireland leg of the Global Operator Challenge events which are taking place on July 27th and 28th at the Caterpillar Visitor Centre in Leicester.

From here, she hopes to go through to the European championships being held in Malaga in October before vying for a place at the finals in Las Vegas next March to compete against the world’s best operators in a series of tough challenges.

Having begun her career working as a weighbridge operator for Cemex, Gemma is as comfortable driving a Cat 990 large wheel loader as a Cat 390F excavator, loading up dump trucks to supply shale and limestone for the aggregate industry. But while the machines she drives are huge, at 5 feet 4 inches Gemma finds her biggest struggle isn’t operating them, but in finding work boots to fit her.

Gemma said: “At Cemex I began as a weighbridge operator but I’ve never wanted to work in an office, so I kept taking on new opportunities and I was put forward for different roles by my manager. I learnt to drive articulated dumper trucks, then shovel driving, and then I began working in the quarry doing the roads and I learnt how to do stemming for shot firing.

“I was loading up lorries and trains using a Cat 982 wheel loader, which I really enjoyed, then this job came up with Breedon offering an opportunity to learn more new machine skills driving excavators and dozers and I’ve never looked back.

“I’ve always liked machinery and driving and worked on cars at college where I was on an apprenticeship at a garage, but when I started feeling a bit stuck, I began looking at other opportunities.”

Gemma’s latest machine conquest has been learning to operate a Cat 390F excavator, which she admits has been tough, but also a great challenge.

“The controls on the machines are simple, it’s the skill in using them that I enjoy. For me the excavator has been the toughest so far – working at the face with a fresh blast pile and having to climb on top of that has really tested my nerves, but I think I’m pretty good and I’ve been told I do a good job which is really nice.

“I have to admit though I’m nervous about the operator challenge and I’m hoping to get some more practice in on some smaller machines as the ones I use are large and a lot less agile, but hopefully I’ll learn new things from it and I’d be over the moon if I got through the local event.”

While Gemma is the only female operator at Breedon, she says she’s had lots of support in what has traditionally been a male dominated career, and she believes the industry is changing.

“At Cemex I was the first girl at the time as well, but there were a lot more women coming through when I left driving HGV’s, but I do think there tends to be less women working in quarries.

“I’ve worked my way up as a village girl in a man’s world but all change takes time. My advice to other women thinking of joining this industry is to stick with it. It’s all about getting people to give you a chance then working your way up and building on your experience.

“The key is to ask questions constantly, to ask for help, and to make yourself heard whenever you get an opportunity – I’ve tried to do that and it seems to have worked so far.”

Time is running out to enter but is simple to do, and any UK operators should register now before places run out by filling in their details before registration closes on 18th July at www.finning.com/en_GB/campaigns/operator-challenge.html