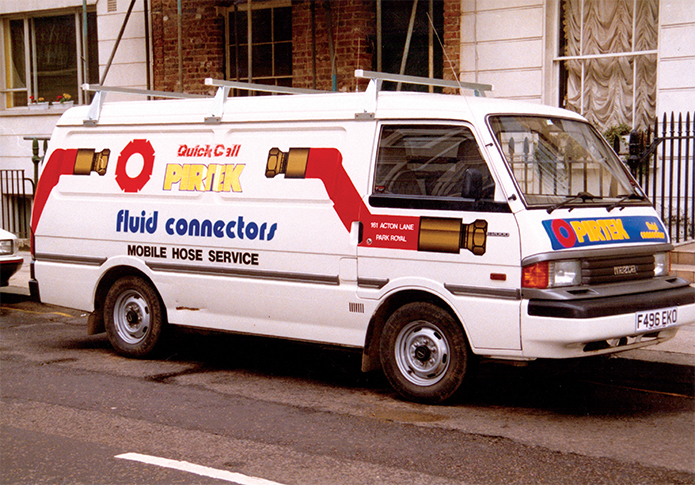 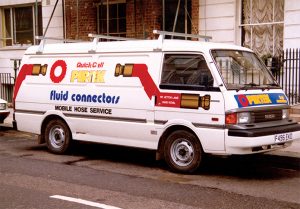 The first Pirtek centre was established in London’s Park Royal in 1988 and the network grew rapidly over the following years, quickly becoming the dominant force in the sector.

Paul Dunlop, sales and operations director for Pirtek UK said: “We had a superb range of products and services at a time when the growth in self-employment made franchising desirable and many companies were seeking to outsource what had previously been conducted in-house.

“We continued to innovate, adding new products and services to our portfolio, leading to further expansion of the network. Now after 30 years in the British market, Pirtek UK has 85 centres and 350 Mobile Service Units.” 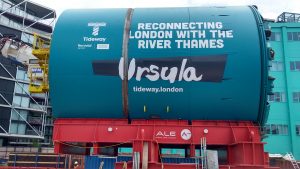 Pirtek has also addressed one of the major dangers of working with high pressure systems – fluid injection injuries. The company’s Fluid Power Glove is unique in resisting jets of oil at the highest pressures found in regular hydraulic systems, protecting from certain injury, the need for surgery and in some cases, death. 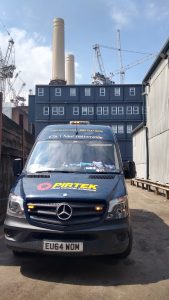 “The company has undergone some radical changes in the past three decades and I don’t think any of us could have predicted the growth we have enjoyed,” concluded Dunlop. “The one thing that is unchanged is a commitment to innovation and a constant improvement in customer service.”