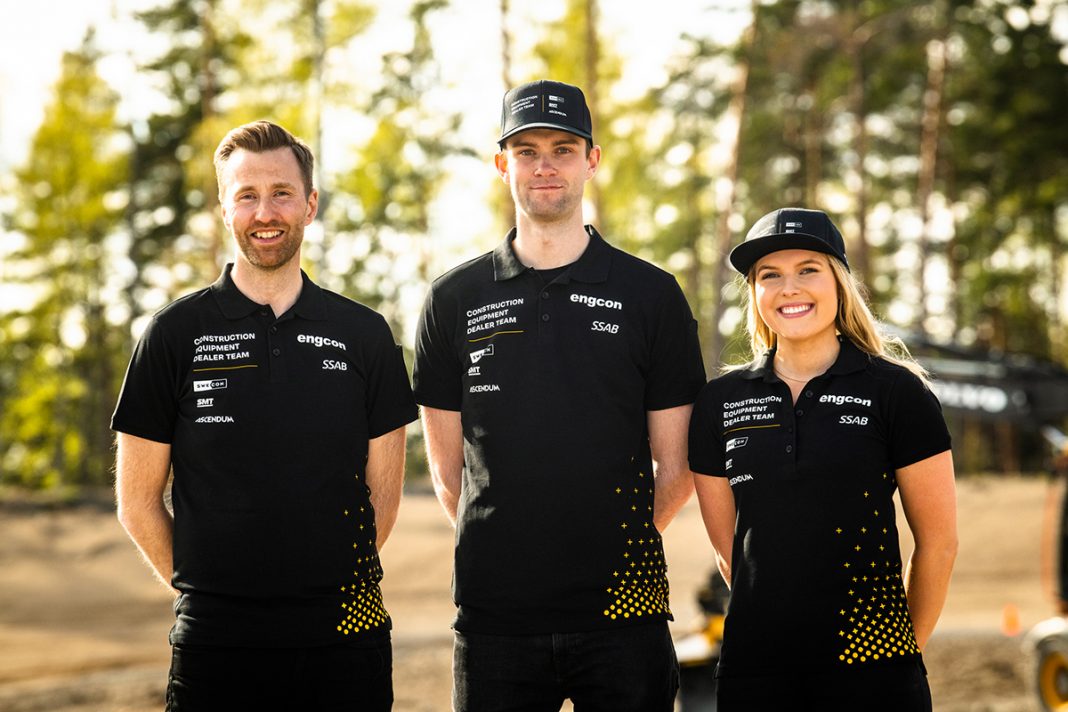 For the first time in FIA World Rallycross Championship history, a gender equal full-season driver line-up will be represented on the 2022 grid by Construction Equipment Dealer Team.

The talented duo of Klara Andersson and Niclas Grönholm will drive for the Swedish team in the world’s most exciting electric motorsport category – a team headed by the experienced Team Manager Jussi Pinomäki.

“CE Dealer Team and its partners strive for gender equality and our programme is a key part in driving this shift via our talented drivers Klara and Niclas,” said Jussi Pinomäki, Team Manager of CE Dealer Team.

“The duo complement each other well in terms of raw talent and experience. We are confident that we have a robust setup that will enable our long-term goal of fighting for the FIA World Rallycross Championship titles.

“With that said, the competition in World RX is extremely tough and we are humble to the task ahead of us in this new challenge, we will work calmly and methodically towards our goals.”

“I am honoured and extremely inspired by getting this opportunity with CE Dealer Team and I think we have strong conditions to fight for the very top,” said Niclas Grönholm.

“We need to work very hard for each round and while the team is a new set-up, we have a lot of combined experience and I think we can pull some surprises this year. I’m delighted to race together with Klara, I’m really pumped to get this new and ground-breaking journey going together.”

Klara Andersson – who is a member of the Sweden Junior National Team of Motorsport – made her rallycross debut in 2018 and claimed the Swedish Rallycross 2150 title, as well as making her FIA RX2e Championship debut last year.

The 22-year-old will be the only female driver in the top-tier of an FIA World Championship in 2022.

CE Dealer Team is currently in the final stages of completing the 100% electric rallycross cars that accelerate from 0-100km/h in less than two seconds – quicker than a Formula 1 car.

“I have an unconditional love for rallycross, it’s so intense and unpredictable, and I can’t wait to get behind the wheel of our cars for the pre-season testing,” said Klara Andersson.

“While I have rallycross experience, World RX and the awesome 680hp electric beasts that we will race are new to me. None of us are expecting to get anything for free, we have plenty of hard work ahead of us to establish ourselves at the top.”

The 2022 FIA World Rallycross Championship season will start with an official launch at iconic Swedish circuit Höljes on July 2-3, followed by the first race weekend at the legendary Nürburgring in Germany on July 30-31.