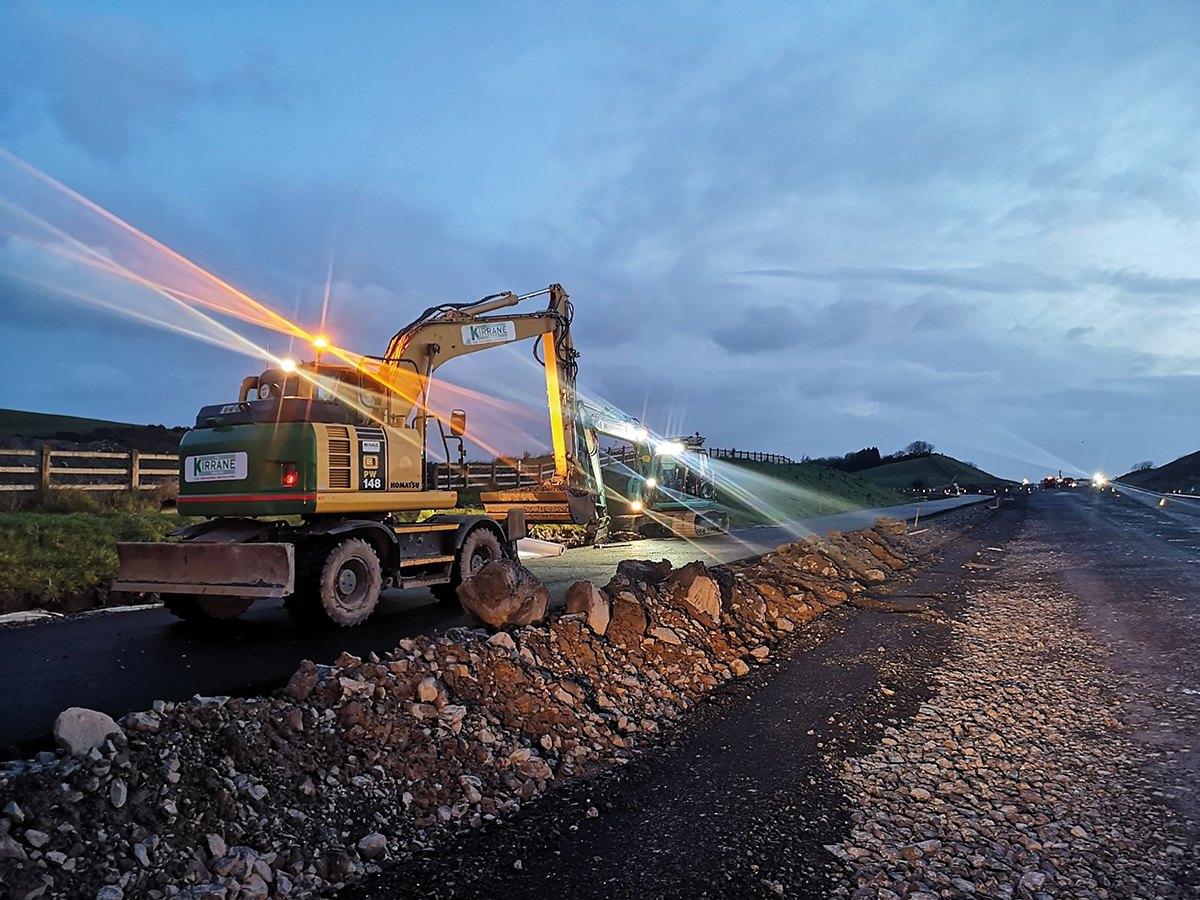 The post would support the post pandemic, build back better recovery initiative and the delivery of a strategic construction growth plan, through to the end of the decade.

This new role, would, as part of the proposal have responsibility and accountability for the following critical areas of issue.

The Practice of Retention Monies:

This practice is seen as outdated, as a consequence it is in need of an urgent formal review. Whilst the IPCA recognises the work done by Government, the legislation needs further work to be relevant, fair to all and most critically, recognised legally and enforced.

The IPCA is calling for a Prompt Payment Code to be introduced, putting a stop to the never-ending cycle of dispute, claims, penalties and reduced payments.
Sub contractors in particular are most disadvantaged as they may be accepting low margin work, with late payments and in many cases late, reduced payments, as settlements are reached for claims and retentions. In the very worst of cases retentions are never repaid.

With retentions of at least 5% of contract value and a period of 12 to 18 months before settlement, regulations need to be introduced so recourse in the transition period is available.

This restrictive practice limits and the ability of sub contractors to innovate, invest and train its staff to be the best they can, recruiting new blood into the industry and in the worst of cases for contractors to be starved of cash and file for bankruptcy.

The practice is simply unfair and must be stopped. By removing the practice, rebuilding trust and improving cash flow, a less acrimonious culture will develop. Refocusing resource and energy to building back better.

Many decent SME contractors across the Island of Ireland are powerless to prevent this practice. The IPCA recognises the issue and working with the proposed Commissioner, would advise and consult with Government to modernise and build an industry that is fair and fit for purpose.

Construction Carbon Emissions:
The Recent COP 26 Climate Conference has raised awareness of the task facing Construction Industries around the world. Construction is responsible for 39% of total global emissions. With the majority of Western Governments pledging to be Carbon Neutral by 2050.

The Irish Green Building Council (IGBC) believes the Irish industry can reach 40% less embodied emissions by 2030 and achieve net zero emission buildings by 2050.
The government is acting and launching its emission reduction plan for the Irish economy, the question is, how will government support construction in reaching its targets.

The IPCA will work and lobby with all the strategic partners, giving further evidence for the creation of the proposed new Commissioner role.
With a subject of such national and global significance a target and wide understanding of ‘how to’ the new Commissioner could strategically engage with the industry to deliver tangible results. 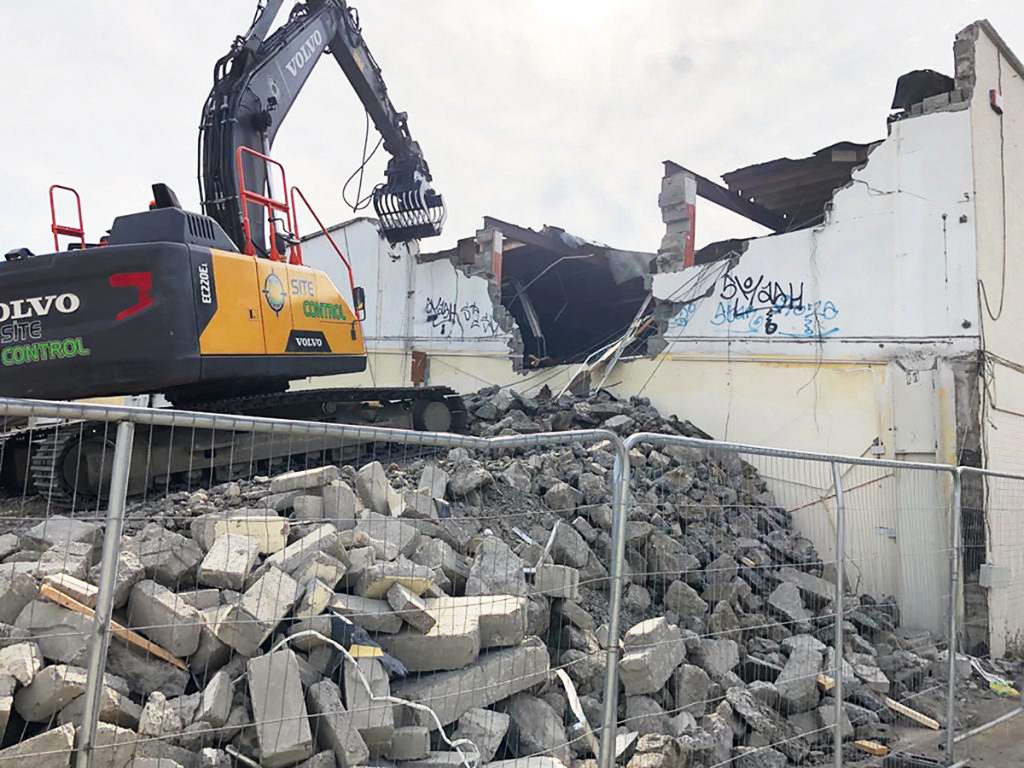 Working in tandem with the Carbon Emission reduction, is the need for the industry to be sustainable. The IPCA recognises from consultation with members the key role it can play and the areas and opportunities that exist within the Waste Hierarchy of:
Prevention – Prepare for Re-Use – Recycling – Recovery – Disposal Working to design and execute better environmental outcomes for a more sustainable industry.
The IPCA is passionate about this topic having recently commissioned a detailed report which will inform members, Government and guide the approach to reduce and improve.

Membership feedback has already informed the report, that current processes are making it difficult to successfully re use and recover C&D materials on-site and off-site, in comparison to alternative options.

In 2019, 2.6 million more tonnes of C&D waste were generated and collected in Ireland versus 2018, the 2019 total being a massive 8.8 million tonnes. With such substantive amounts, the IPCA is calling for consideration around an Aggregates Levy, similar to the model used in the UK. Tax is paid per tonne, with relief offered if the aggregate is re-used in either an industrial or agricultural process.

At both a Public and Private level the introduction of the SEO into the market has done very little to improve and ensure fairness across the industry. Alarmingly the fact remains that even at state level Sub contractors are working on state projects for as little as €18 per hour for man and machine.

The process and procedures do not, alas, function effectively and in many cases, SME businesses, are losing work to companies from outside their respective counties. The IPCA calls on the government to let employers control pay for their own employees and therefore ensure good work practices in terms of productivity and competence for each employee. The SEO was negotiated by the Labour Court, the Unions and another representative body in construction. However none of these bodies pay the wages of the workers and therefore many firms including IPCA had no say whatsoever in the latest pay agreement. We call on the government to engage with all stakeholders and end the practice of enforcing pay agreements without consulting the stakeholders.

Grant scheme assistance were designed and introduced to encourage new recruits into construction and related trades. Since the 2008 economic downturn, the actual number of new recruits into the industry, in Ireland, has fallen year on year.

While the government has recently (2021) via Ministers Harris and Collins committed to invest more in apprenticeship schemes, setting a target of 10,000 new recruits across all sectors through to 2025. There is no financial scheme available to businesses, who would benefit greatly, if a grant scheme to support the employer to pay for training was more readily available.

In a post pandemic Ireland, Construction needs to be promoted as a positive, safe, technological advanced and lifetime career option.
Whilst there has been success recruiting from academia for engineers and quantity surveyors for example, the same can not be said when recruiting for more practical, yet highly valued and paid trades and occupations.

With what is hoped to be short term inflation in a post pandemic world is increasing. Fuel costs, and other raw material cost, have seen logistical challenges and cost rise, all combining to impact the global supply chain, resulting in economic pressure significantly increasing the cost of goods, materials and services.
The IPCA calls on Government to provide more support for the industry to weather the storm and protect the integrity of the contractor and sub-contractor supply chain.

Many of the factors noted above, can, for the most part, be positively impacted and implemented for the good of Irish Construction with Government support. Whilst the IPCA has built good relations with various ministers the need for a commissioner for construction is clear and the need is now as it has become very clear to many in the construction what while the government creates legislation it seems to lack the resources to enforce the rules.

A commissioner for construction would ensure that all involved would play by the same rules thereby ensuring a level playing field for all in Irish construction.