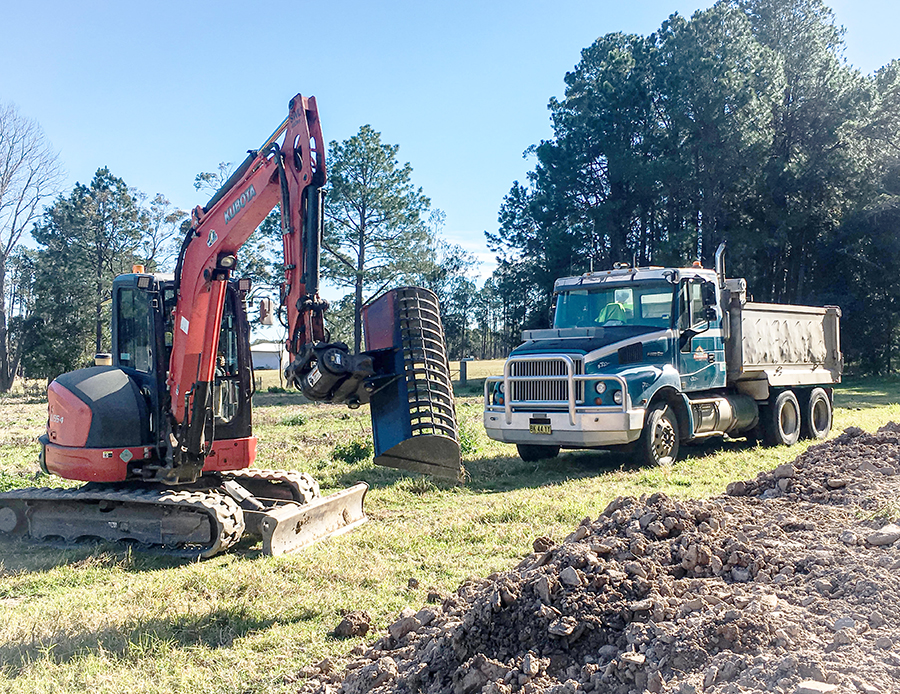 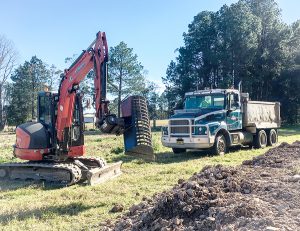 P & T Fanelli Excavations recently purchased a 5 tonne Miller PowerLatch 180° Tilt coupler so they could utilise their Kubota U55-4 excavator to work on all types of excavation projects including pad, clearings, dams, subdivisions and drainage. Located in Mangrove Mountain, a suburb of the central coast region of New South Wales, P & T Fanelli Excavations have been running for the past 20 years. Operating on the coast from Mooney Mooney, Brooklyn to Cessnock and Newcastle they are specialists in professional excavation services.

Ben Fanelli, who is an owner/operator of this family run business commented, “I’m so impressed by the performance of the PowerLatch Tilt coupler, the 180° tilt functionality has given me much greater flexibility on site. The hitch is light but incredibly strong and we have found that we benefit from exceptional digging power and there is no strain under breakout even at 90°. He added, “It’s made a huge difference to me day-to-day and has changed the way I work on site as it’s much more versatile.

With its fully cast, slim line, cylinder free design, the new PowerLatch Tilt coupler is ideal for working with the narrowest of attachments for all manner of tasks, from channel clearing and grading to house building without having to worry about damaging external rams or cylinders.”

Norm Walsh, Miller Australia’s Sales and Support Manager commented, “Tilt couplers, like the Miller PowerLatch Coupler allows attachments, whether that’s a bucket, breaker or grapple, to be rotated up to 180 degrees, giving operators much greater power and versatility on site than ever before without having to invest in costly new attachments” he also added, “Miller have managed to deliver the lightest tilt frame in the marketplace with the lowest profile to offer optimised breakout force whilst increasing strength in traditionally highly stressed areas. Furthermore, the top bolted attachment method removes a notoriously troublesome welded connection seen in a number of other tilt couplers available on the market, which makes it the ideal choice for P&T Fanelli Excavations.”