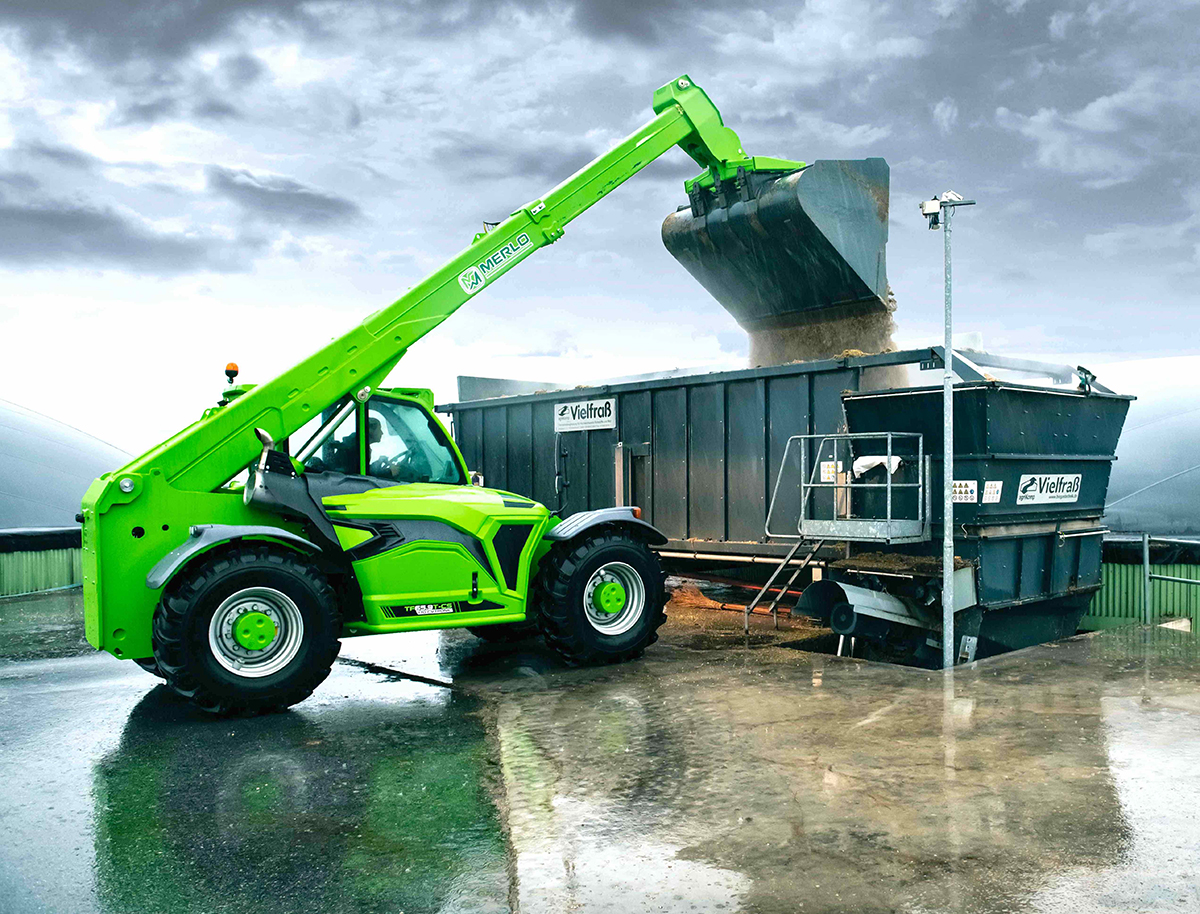 As Italian-made Merlo telehandlers continue to gain in market appeal, yet another new model has arrived on the market here, this time a top-of-the-line TF65.9T-170-HF Turbofarmer variant whose appeal will be almost equally shared among farm buyers, industrial and construction users.

Said by Denis McGrath, general manager of Merlo distributors, McHale Plant Sales to be ‘the best choice in every field’, the new, more powerful, more highly-equipped TF 65.9 is a unit equally at home on the farm, in the grain store or as part of a farm contractor’s fleet as it will be in a construction or industrial setting.

Compact dimensions increase the new unit’s manoeuvrability while two front and two rear cab-mounted halogen-type work lights add to its versatility.  Other features setting it apart are its electronic joystick control with capacity sensor and its ASCS safety system.

On a 10-inch colour screen, operators can access a range of key data: items such as load and stability, the geometric limits of machine use, speed and adjustment of hydraulic settings, and information on the amount of loads handled is recorded and stored – updated in real time, according to operating conditions.

Safety-wise, an integrated safety system controls operating parameters while a ‘load control’ system automatically detects the attachment being used and configures the machine’s boom extension and angle and other control variants accordingly.

On a broader front, continuously variable transmission increases torque at the wheels at low speeds. On slopes, a frame-levelling feature ensures that loads can be safely lifted.

New ‘high flow’ hydraulics with variable displacement pump and electronically controlled ‘flow sharing’ deliver a maximum flow of 160 l/min. A ‘descent by gravity’ feature drastically reduces fuel consumption during working, pick and carry cycles while an automated, press-button function can memorise and return the boom to its working position.