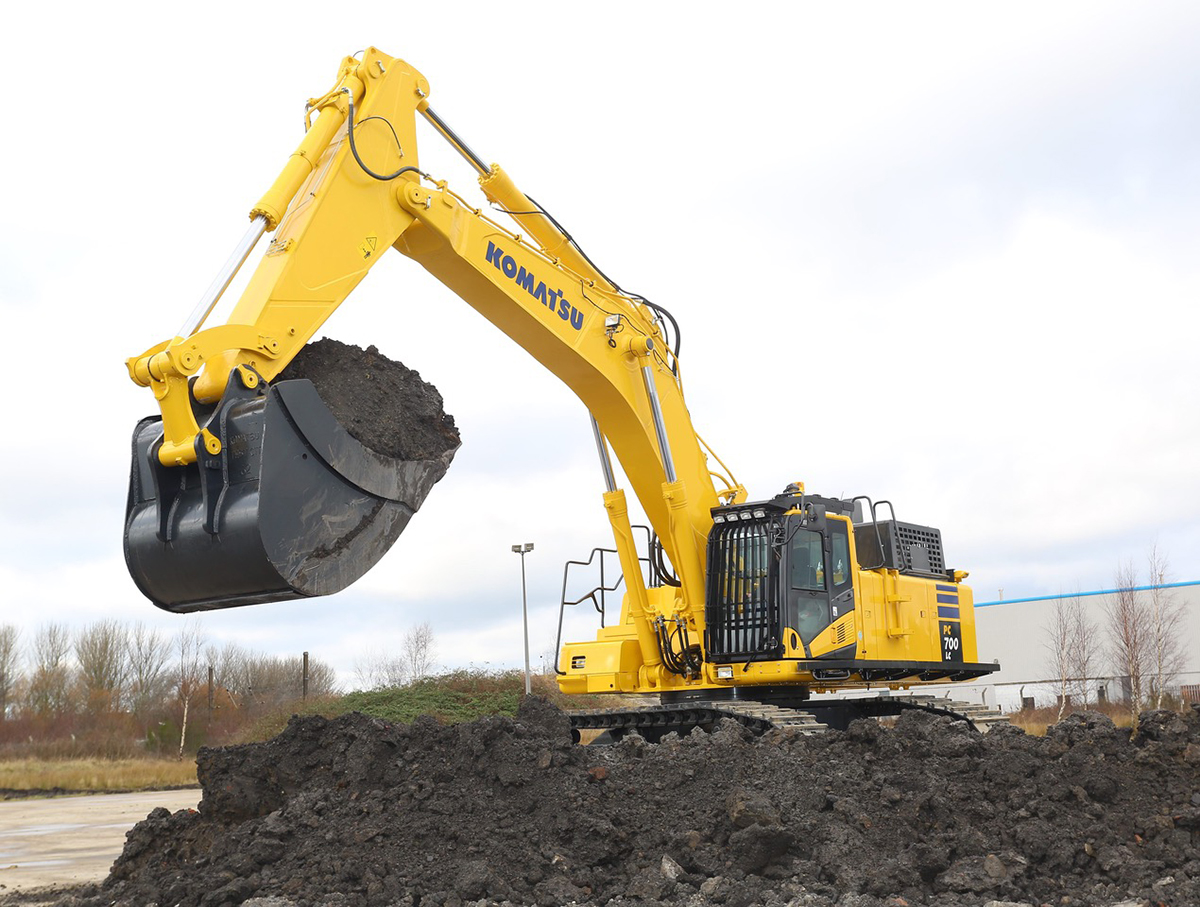 Signs that the industry may be returning to something akin to normal, albeit tentatively, can be seen in a number of significant new deals that have been recorded in recent times.
From McHale Plant Sales comes confirmation that Roadbridge, long a Komatsu owner, has moved to increase their already extensive fleet with the purchase of 15 new units. Included are seven Komatsu PC210LC-11 excavators, five PC360LC-11s, two PC55MR-5s and one D85PX-18 dozer – some already delivered and some yet to come.
Recognised for their commitment to machine ownership, the new units add to the Limerick-based contractor’s fleet at a time when its list of current projects includes a major road contract in Wales and work on the high-speed London to Birmingham rail project.
Other significant deals secured by McHale Plant Sales have seen McCabe Earthworks add a 70 tonne Komatsu PC700LC-11 excavator to its extensive fleet inventory. Fitted with a hydraulic rock breaker, the machine will work breaking ground on the new Castlebar to Westport road improvement project on which Wills Brothers and BAM are joint contractors.
Another machine going into operation in Mayo is a Metso LT300HP mobile cone crusher purchased by Harrington Concrete & Quarries of Kilkelly for service at their quarry in Castlebar.
Viewing sales of bigger units as ‘the life blood of the market’ over recent months, McHale Plant Sales director, John O’Brien said “evidence that machines of all sizes are out there working can be seen in the demand for service support, spare parts and utilities supplies”, a situation which he believes “points to the likelihood of a down the line increase in sales of smaller machines”.