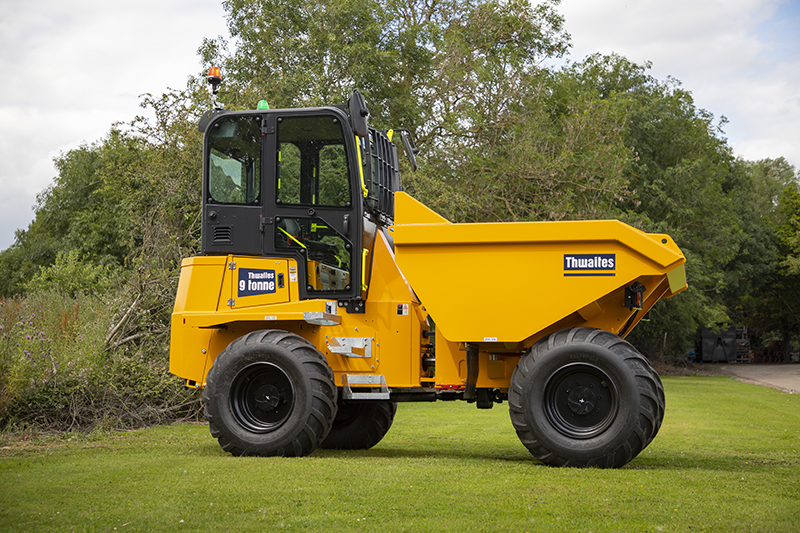 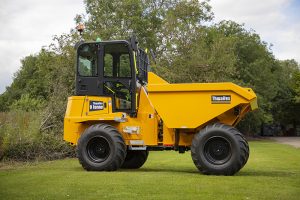 Conducted on the Thwaites proving ground Leamington Spa in November 2019.

The test was initiated with the objective of understanding the structural integrity of the cabs fitted to Thwaites dumpers, if impacted during the loading procedure by an excavator.

The machine used was a standard 9 tonne Thwaites Dumper, the excavator was a 14tonne machine with a fully extended boom, slewing a loaded bucket at full speed. The ground conditions were wet, with the environment created being congruous with those found on site.

Test 1: Testing the structural integrity by striking the cab at the A pillar.

Test 2: Testing the fully finished cab by striking the cab at the front via a screen guard.

No failures were observed or reported on inspection, the energy of impact was absorbed through the cab structure.

No failures were observed or reported on inspection.  The screen guard performed well in absorbing the initial impact with the force being distributed through the cab frame.

The Contractors Plant-Hire Association (CPA) via a stakeholder working group produced and issued in May of 2019 The safe use of dumper guidance.

The guidance included the following section:

Using dumpers safely depends on a number of factors including planning, supervision, selection of a suitable machine, competence of personnel, effective exclusion zones and keeping within the operational limits of the dumper. If any of these are deficient, the risk of a serious accident increases significantly and it is therefore essential that all of those involved ensure that dumper operations are properly planned, managed, supervised and carried out safely by competent people.

Thwaites recommends that in conjunction with the CPA guidance and HSE (Health & Safety Executive) guidance that operators do not remain in the cab during loading. Always carry out your own risk assessment before operating any item of plant equipment and ALWAYS wear a seat belt.