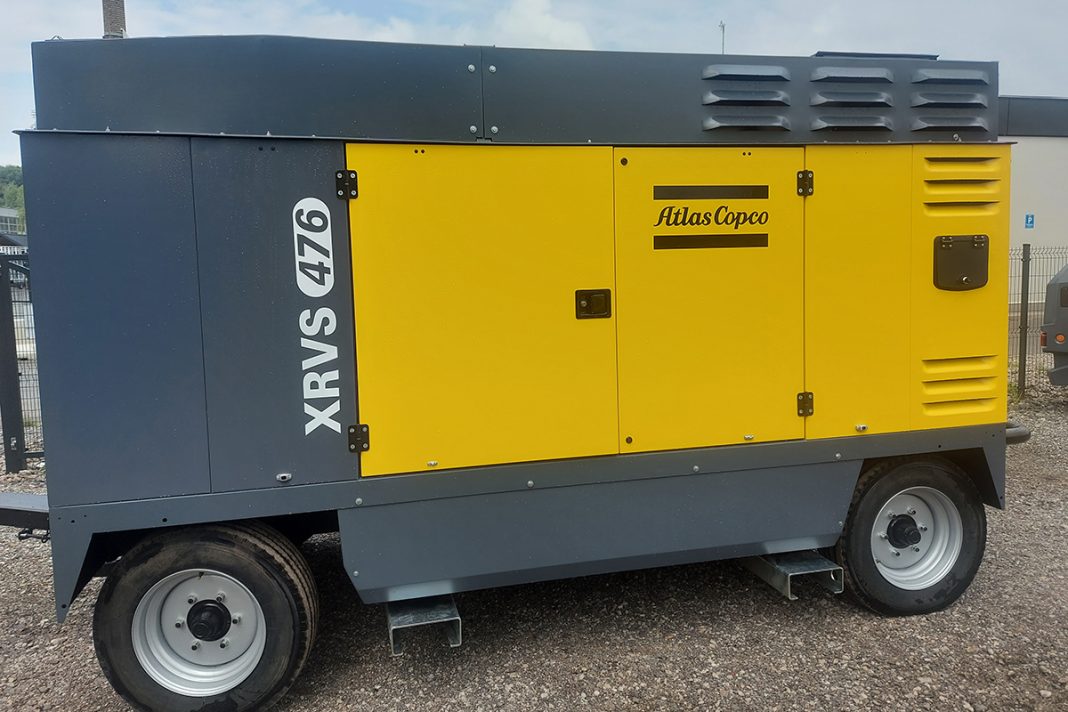 Giving compressors a full extended second life is more than just good business for Atlas Copco. The company is committed to the circular economy and today nearly every compressor has the ability to be renewed and sent back out into the world for a whole new adventure in the field. And second life needn’t mean second class: users can expect that their OEM revitalized, and modernized compressors perform just like new. That’s not the end of the good news – they are also typically less expensive to buy than new and can play an important role in offsetting climate change.

More than 300 compressors flow through the company’s refurbishment centre in Poland. Here, a team of engineers take the most promising used units, inspect them, evaluate the economies of renewal, strip them, and bring them back to market leading reconditioned status. 300 compressors a year is just the tip of an often-overlooked iceberg, believes Dominic Fancini, who is in charge of global used equipment at Atlas Copco’s compressor business.

“Today, the new compressor market is booming,” says Dominic. “But these same machines will – in three-or-five-years’ time – find themselves coming onto the second-hand market. We need to get ready for that influx and have the resources in place to give the best of them an extended and second life.

“There’s very little compromise when you buy used from the people who made the equipment in the first place,” he says. “You get a machine that’s fully reconditioned, and with warranty.”

Not all compressors are equal

But not all used compressors qualify for renewal. Some have had a hard life and the work involved in bringing them back up to a standard a premium brand like Atlas Copco could endorse reselling means that only the cream of the crop is selected. To find these Atlas Copco scours the world looking for the best examples to recondition.

“We live and die by the provenance of our used equipment,” he says. Buying used can be a risk for everyone, and the chance of making a mistake can be high, so we need to be extremely careful we can guarantee that what we are selling is what we claim.”  And only Atlas Copco, as the market leader, can give guarantees to quality assurance in its used equipment.

To do that Dominic and his team buys from trusted sources, such as customers of Atlas Copco new compressors around the world, especially those in the rental sector, but also on the open market from known traders. High pressure and specialty air compressors are the most sought after on the used market. (Given the low-ticket price, small compressors are harder to deliver the needed returns for OEMs, given the cost of upgrading them.)

Upgrading the used compressors to Atlas Copco quality is not a quick, simple or cheap process. “It’s a lot more than just a lick of paint,” says Dominic. First the incoming compressors go through a verification stage, where an assessment of what’s needed – technically and cosmetically – is drawn up, and the cost of doing so is calculated. (Ensuring that the likely selling price is sufficient to make the whole exercise commercially viable.) Once this is signed off the compressor is stripped, needed parts replaced (e.g., batteries) and items such as starters, alternators etc. reconditioned. The screw element of the compressor unit is also closely inspected for wear.

Sustainability is not an afterthought but has been designed into the compressors from when they were first designed. 100% of the oils used are recyclable, 95% of all body panels are too – and 80% of all major components can be refurbished.

There are only positives when it comes to giving used compressors a second life. It’s good business, opens the Atlas Copco brand to a new customer base that might not otherwise buy new machines, and – just as importantly – it’s good for the climate.

“They come back from the finished process looking like they’re new,” laughs Dominic, “Even the decals are perfect.” Then the process of advertising them begins – but these five-star premium used units tend to fly off the shelves, particularly in Europe, where currently half of Atlas Copco’s total yearly stock of reconditioned compressors find new homes.