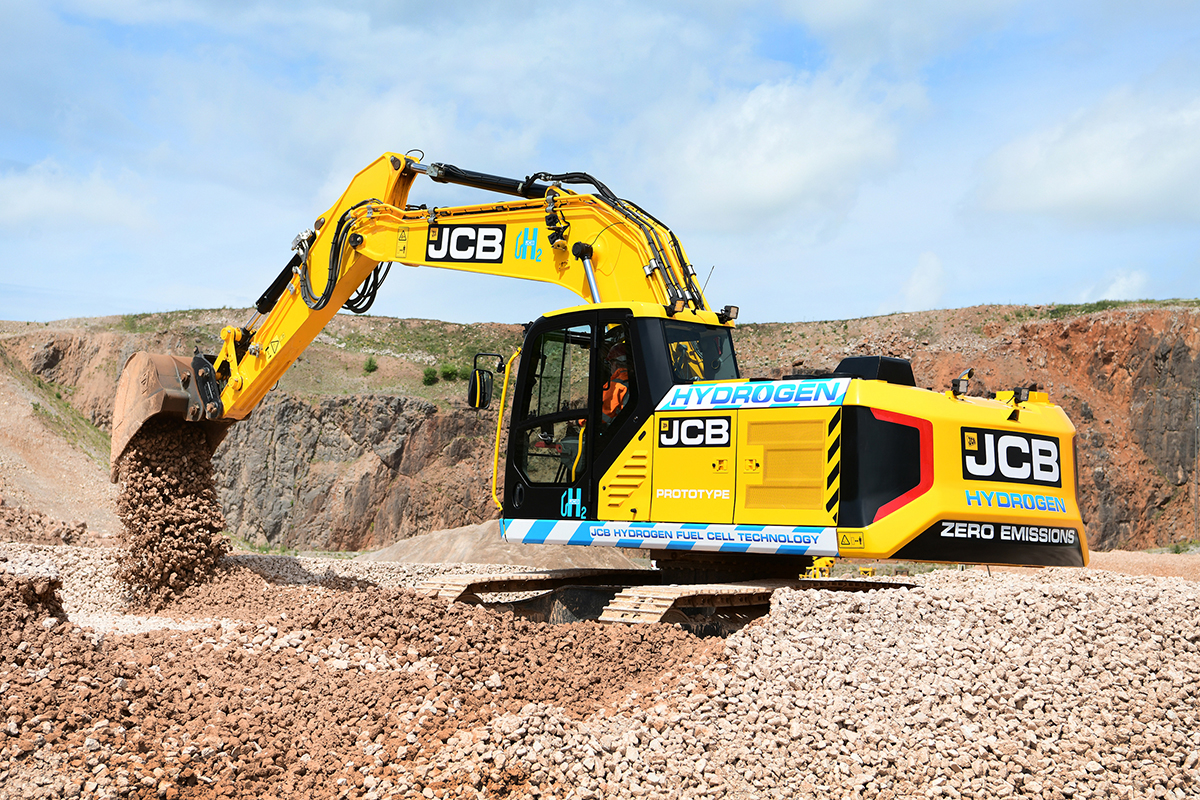 JCB has developed the construction industry’s first ever hydrogen powered excavator as it continues to lead the sector on zero and low carbon technologies, the company announced today. The 20-tonne 220X excavator powered by a hydrogen fuel cell has been undergoing rigorous testing at JCB’s quarry proving grounds for more than 12 months. The exciting development means JCB is the first construction equipment company in the world to unveil a working prototype of an excavator powered by hydrogen. JCB Chairman Lord Bamford said: “The development of the first hydrogen fuelled excavator is very exciting as we strive towards a zero carbon world. In the coming months, JCB will continue to develop and refine this technology with advanced testing of our prototype machine and we will continue to be at the forefront of technologies designed to build a zero carbon future.” Lord Bamford’s son Jo Bamford spent 14 years at JCB before moving into the hydrogen sector, setting up Ryse Hydrogen and then buying Northern Ireland bus giant Wrightbus. He has won contracts to supply the world’s first hydrogen double-decker to cities such as London and Aberdeen. Jo added: “I truly believe hydrogen is the UK’s best opportunity to build a world-leading industry which creates UK jobs, cuts emissions and is the envy of the globe.” Power for JCB’s prototype excavator is generated by reacting hydrogen with oxygen in a fuel cell to create the energy needed to run electric motors. The only emission from the exhaust is water. The development comes after JCB made manufacturing history last year by going into full production with the construction industry’s first fully electric mini excavator, the 19C-1E. JCB has also extended electric technology to its innovative Teletruk telescopic forklift range with the launch of an electric model, the JCB 30-19E. Through constant innovation and design improvements, JCB has also been leading the way on clean diesel technology to meet Stage V EU emissions regulations and has almost eradicated the most harmful emissions from its latest range of diesel engines. Nitrous Oxide (NOx) is down 97%, soot particulates down by 98% and Carbon Dioxide (CO2) emissions down by almost half.